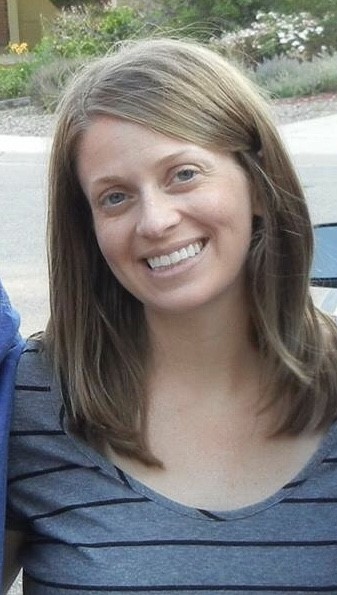 Adrienne Brandenburg studied Spanish and Microbiology at Colorado State University and received her degree in 2005. She returned to CSU and completed her Masters in Spanish and a second Masters in Teaching English as a Second Language in 2009. After teaching high school Spanish in the Twin Cities for a few years, she returned to Fort Collins, Colorado where she has been teaching Spanish and Spanish for Heritage Speakers classes since 2012. She started the heritage speaker program at her school, and with her friend and colleague Mary Beth Johnson, has helped develop the program into four levels (grades 9-12) and six sections and offer students opportunities to earn college credit and the Seal of Biliteracy. Adrienne presents regularly at local, state, and national conferences. She currently serves as the Chair for Spanish for Heritage Learners Special Interest Group for ACTFL. She enjoys spending time with her husband and two young sons.

Mary Beth Johnson graduated from Lipscomb University in 2004 with a B.A. in Spanish Education in 2004.  After a year of teaching in the Metropolitan Nashville Public School System, she decided to put her teaching career on hold to move to Costa Rica to work on her Spanish for nine months.  During her time there, she also developed an interest in teaching English as a second language, so she returned to the United States and moved to Colorado to complete master’s degrees in Spanish and TESL/TEFL at Colorado State University. She then moved to Breckenridge, Colorado to begin a teaching position there and had her first experience teaching heritage learners.  After three years, she learned of an opportunity to return to Fort Collins and teach with Adrienne Brandenburg, a friend and colleague from her time at CSU, who was starting a heritage program.  Her third year there, she began teaching the third level of the heritage program.  She continues to teach heritage classes and also serves as the district’s World Language Curriculum Facilitator.